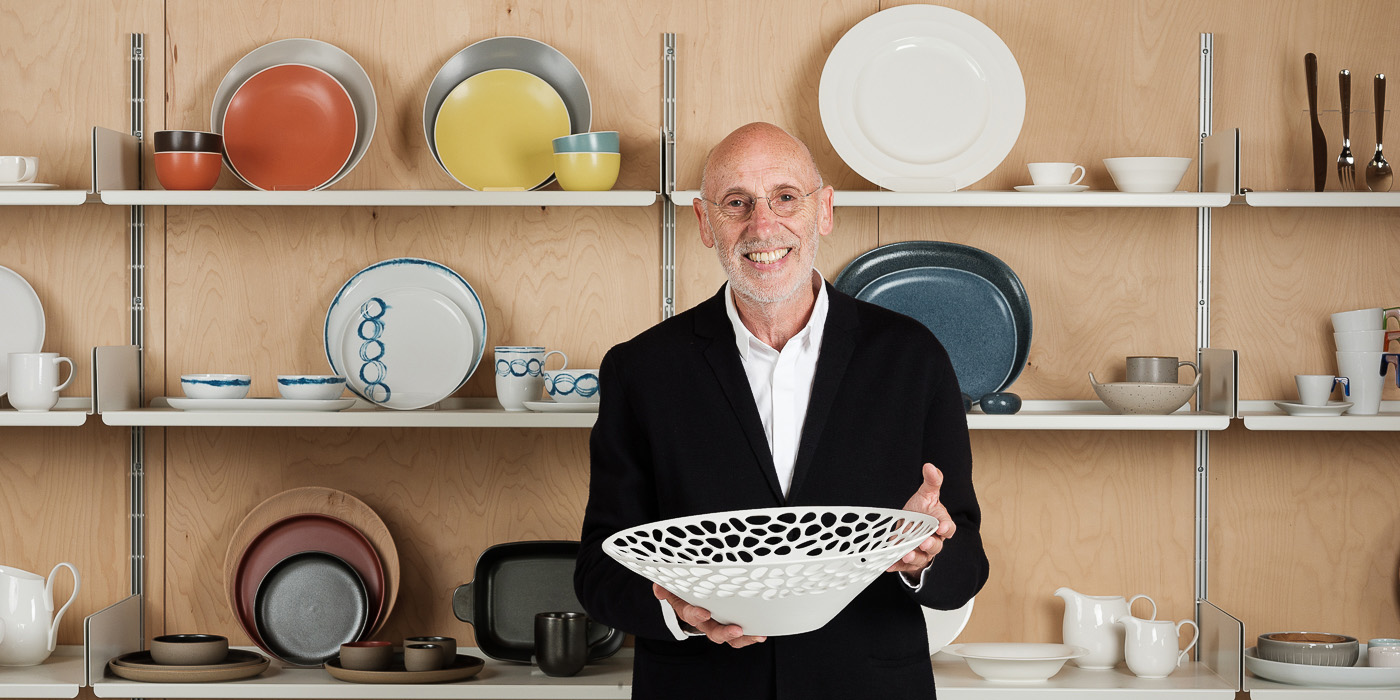 Robin Levien is one of Europe’s most consistently successful and innovative product designers of the last thirty five years. His innovative yet unpretentious designs continue to attract international acclaim and commercial success.

His Trend porcelain tableware for Rosenthal Thomas has been a top seller for over 40 years, with many other ranges designed for homes and restaurants around the world continuing in popularity.

Robin worked very closely with Ideal Standard bathrooms for over 30 years and became a Non-Executive Design Director.  Alongside his colleague David Tilbury he is responsible for the design of around 15% of all bathroom products sold in the UK. One in seven homes in the UK has one of his designs in the bathroom.

Robin studied Ceramics at the Central School of Art and Design and the Royal College of Art, graduating with a master’s degree in 1976 before joining the design partnership Queensberry Hunt where he later became a senior partner in what became Queensberry Hunt Levien.

In 1999 he set up his current practice Studio Levien with his wife Patricia Stainton, concentrating on designing products for the home for leading international companies.

In 1995 Robin Levien received the distinction of Royal Designer for Industry (RDI) from the Royal Society of Arts. This is the highest accolade that a designer can receive in the UK, the maximum number of RDl’s at any time is two hundred.  Between 2009 and 2011 he was the Master of the Faculty of Royal Designers .

Robin has won numerous awards including two Design Week Awards, a D&AD Silver Award and in 2007 he received a ‘Special Commendation’ in the Prince Philip Designers Prize. He was given a Lifetime Achievement Award by Homes & Gardens Magazine in 2008 and has numerous pieces of his work in the permanent collection of the Victoria & Albert Museum in London.

Robin is a visiting professor at Central St Martins and an Honorary Doctor at Staffordshire University. He was on the council of the Royal College of Art between 2000 and 2012 and was made a Senior Fellow in 2013.  Robin sat on and chaired RSA Student Design Award panels for over 25 years.

“I am a perfectionist trying to master the art of imperfection.”